Love in the Kroger Parking Lot 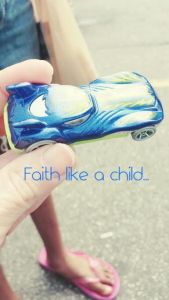 August 2, 2014: I wish I could describe my day thus far in some cool acronym, or 4 word sentence because I know attention spans are short and saying as much as we can, using as few words as possible is now the “thing”. The problem is, no matter how eloquently written, words will probably fail to describe my day thus far. But here it goes.  I attended a Volunteers Informational meeting at 10 am in preparation for the big event.  August 8-10 we will not be 30 different churches, different denominations, we will be a united body of Christians, bringing hope to the hopeless.  End of the meeting we divided up into teams of 3 or 4 and were handed large stacks of flyers.  Our mission was Awareness; handing out flyers while donning our neon yellow “Hope Over Heroin” t-shirts.   But before I went today, and on my drive there, I was digging just a bit “deeper” I prayed that people would be put in our paths today – divine appointments if you will. We were assigned a block on a map that we could work, but a lady in my group was determined to go to Kroger parking lot for some reason. OK, sounded logical to me. It was more than logic…it’s where we were supposed to be. So there we are handing out flyers, smiling at people, telling them about the event and to have a nice day – and then God starts to move. Those people I prayed to be put in our path?  Let me share a couple of just my stories from this morning : One of the women in my group came and got me from across the parking lot and said “You need to talk to this woman and pray with her” What?!? Me? I’m the one who hugs and smiles. I walked over to find a petite beautiful woman with such a sad look on her face, getting out of her vehicle. She was wearing a nice dress and seemed poised, but as I approached I was being told that she had just come from a funeral. Upon talking to the lady I found that she was a Christian and her husband had just left her a couple of months prior after 44 years of marriage. Her young nephew had been at her house just days earlier – following her around, telling her he loved her, and she knew something was wrong but not sure what. 15 minutes later he went outside and shot himself in the head in front of her 84 year old mother. Coroner’s report showed he was full of Heroin and had he not shot himself, his heart would’ve exploded soon.  What do you say to someone who is going through that? Where do you find the words? I didn’t have the words – but because I prayed, because I’ve been going deeper – I allowed God to work through me. The words came – yes, it was my voice but not my words. And then I felt such an amazing warmth run over me as I held her and prayed with her and tears started to flow. (This is where words fail to explain the experience).  When we were done praying I felt that still small voice say “Share this story with her” and I found myself telling her bits of my story. Of overcoming loss, of battling through depression and coming out on the other side with a joy and peace that surpasses all understanding.  How storms still come but we have an anchor in the storm. She said to me “I shouldn’t have been in this parking lot today. I am supposed to be at the meal after the funeral. But someone told me “We need a veggie tray can you go to Kroger and get one?” Coincidence?  I choose to believe divine intervention – Someone praying “Use me today” and someone needing prayer.  She said “God brought me to you today”… I believe that to be true because I felt it when I hugged her.

I handed out many flyers and spoke to many people today and they will hopefully get help next weekend through our work today. But there were a few people who found hope today. The next lady we met? Her son OD’d and died, her daughter lay in a coma from an overdose and her 3rd son is using. She’s raising her 3 grandchildren and she was just beat and worn out. Someone reaching out, caring, hugging and praying with her gave her hope. I said to my newfound friends “Let’s go take a picture before we leave” – why did we find ourselves walking 5 rows over to take a picture? We stopped in a cart corral and took a picture and then we sat there and started talking about our experiences, about our faith. A woman came out from the store and got into her van and rolled the windows down, but the van didn’t pull away. That’s when Carol noticed the woman in the van was sitting there listening, with tears streaming down her face. I went to the driver side window and we started talking. She too is a Christian but they’ve been going through a rough season. She lost her mother suddenly to illness, her son was sick, her sisters child was sick and they were left feeling exhausted in the storm. Again, as I touched her arm to pray with her I felt that warmth and I shared with her the story of the loss of my mother to cancer, that in one year I lost 8 family members but how there is hope and rejoicing on the other side of that grief.   She said “God put me here today to meet you guys.” I smiled and said “Yes he did!!” As I drove away from the parking lot I had to say “Thank You God for my trials. Thank you for my storms. I see now how you are making beauty from ashes. Without a test we have no testimony!”

The picture of the car? We stopped a young couple. A shy little boy who looked to be 6 or 7 years old kept smiling at me while he listened to me talk to his parents. I told him how awesome his hat was and told his little sister how pretty she looked. And then he grabbed my hand and pulled me down to his level. He reached in his pocket and pulled out a matchbox car – obviously a prized possession to a little boy. And he handed it to me. I thought it was to look at and I said “Oh how cool!” and as I went to hand it back to him, he pushed my hand away and said “For you”. I held back the tears and said “I have an idea – how about I take a picture of the car – so I did and then showed it to him. I said “Now we can both have the car! It’s your job to play with it and take care of it and my job to look at it and remember you.” I’m sure there’s a sermon in there all it’s own…but my feeling at that moment was “Faith like a child….” There are stories I didn’t even share.  There was the man suffering with chronic pain who told of how much he loved his wife and just wanted to make her smile everyday even as he endured the pain of his illness.   The young woman whose sister and friends were using and she was concerned they would end up a statistic.

You’re probably wondering “How long were you out there today!?!?” 1.5 hours.  That’s all…there’s a need! I remember my Grandpa complaining “Folks just don’t visit like they used to”… and I would think “Oh he doesn’t know, that was back then…we’ve got things going on today..” We sure do! Short attention spans, always on the go, and in our “busyness” we miss that our neighbors are hurting, our children are using and people are suffering, alone. When 9/11 hit what happened? We stopped. We slowed down. We went home and hugged our kids tight.  I challenge those reading this to dig a little deeper – to make a difference. You don’t have to go stand in Kroger with flyers for a special event – It’s truly as simple as walking to your neighbor next door and saying “Hi! How are you today?” just showing you care.

One thought on “Love in the Kroger Parking Lot”