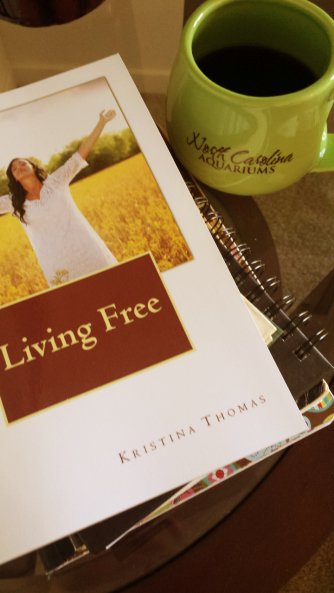 It’s been 2 years since the release of my book “Living Free” on September 1, 2015.  You will hear me often say “Seek God first, everything else falls into place.”  That’s how the whirlwind that’s been my life the last 2 years started.  One simple step.  One act of obedience and doors opened and I walked through and found myself in places I never thought I’d be.  What I’d like to share today is the “backstory” about the first time I read the book.   Well actually, more specifically, about how good our God is!

I worked on this book for a little over a year. I had my head in each story and knew I was supposed to write it because God would send me confirmation when I felt like giving up.  There was a particular cold January day that produced a “God moment”.  After interviewing two of my collaborators I left the restaurant on such a high!  I knew this book was going to touch people.  I had not been in the car 3 minutes until the devil was whispering in my ear.. “Who do you think you are?!? You aren’t a writer!  People are going to laugh at you!” I said boldly “Well God says I am!” But it was a hit below the belt, and I was already struggling.  I went home and prayed. “God, I truly believe this is of YOU – not me. But I need to know! Give me a sign.”  A month prior I had started a website and blog in memory of my mother.  I had about 234 readers.  I considered that moderate success for 3 short weeks.  My goal with the website was the same as with the book… If just one person was inspired, found Jesus, found hope for another day, it would be worth it.  I was “going after the one.”  After saying that prayer, I felt peace so I took that as my answer.  I had read recently that peace comes from the Lord.  Confusion and fear is not of the Lord.  I went about my business cleaning my tiny apartment and 2 hours later my phone “dinged” with an unfamiliar sound.  It was my app for this blog page. “Your Stats are soaring!” Imagine my shock when it said 2,000 people had read my post in the last 4 hours and then 24 hours later I went from 234 readers to over 7,000!  Funny how we believe in God and tell others how good He is, yet when he shows up like that, we stand in shock and awe! (And then maybe a little dancing and praising in the middle of the living room) … I said “OK GOD! I get it! I get it! I’ll finish the book!!”  He took it on twists and turns as I prayed over each chapter, for the right contributors with the same vision.  I said I’d release in May which turned into June, then July, then August.  I decided against August due to my going on a mission trip and felt at peace when I said with determination “Sept. 1st”. About 2 days before I was set to release my good friend Judy in Louisville sent me a message and asked “Do you want me to edit and proof for you before you release”? Well the devil was fighting me pretty good at this point with doubt and I was afraid if she said something negative, I’d just forget it all. So I said “no”. I mean, after all, I had read each story, fixed errors, had the collaborators read their own stories. I was good to go, right?!?  Then I started to doubt… and I said “OK, you can proof but I need it by Tuesday so I don’t miss Sept. 1st.” I had done announced to the world it would be available Sept. 1st, people are waiting, and they are going to lose hope in me if I don’t hit the date again…..” She said “I can’t by then. It would be at least a week before I could get it done. I should’ve offered sooner, go ahead, you’ll be fine!” So I did….

A few days after the release I started getting texts, emails, posts saying “I cried after every chapter.” Or “I cried all the way through the book.” I was asked to do a book signing at both my church campuses. And then my hometown asked me to come back to the Library and speak and do a book signing. I was excited but wondered “What will I say? I could talk about the book and share stories of how God moved in the process for an hour or more! What will I say in 15 – 20 minutes??” And I still wasn’t sure…. Hadn’t really had time to put much more thought into it than that.

Things appeared to be going well.. I had been praying for my brother and his family to get back into church. Saturday I had a great day. Went back home and watched my nephews Football game and when I handed my sister in-law a book, she said she had already ordered one. I was going home and stopped in a little town at a Dunkin Donuts Drive thru and the woman handing me my coffee looked a little tired and weary. God nudged my heart…. I had the extra copy of the book with me. I asked her if she liked to read? She said “Yes!” I told her I wanted to give her something, and her smile made my day! Then I went to see “War Room” with my friends and that is THE BEST movie! But the best part? When movie was over I had a text on my phone from my sister in-law saying she cried all the way through the book and was sending it to college with my nephew.  I was on such a high!  And then… As I sat in bed unable to sleep, I decided around midnight to open the book and read it myself.  I hadn’t really done that since I received the final product.  I had read just the file I uploaded for print.

As I sat in bed and started reading the book, for the first time, all of a sudden I didn’t hear the message.  Instead?  I saw a comma where there shouldn’t be one.  I read on and in a later chapter saw a run-on sentence where there shouldn’t be one.  In that last chapter, where I’m trying to make a big bold statement, it’s interrupted by a word that didn’t belong there.  I started crying and likely screaming and kicking like a 2 year old as I said “God I failed you!! I’m soooooo sorry!!” This was YOUR book – It should have been perfect!”  I looked like Alice Cooper with mascara streaks running down my face.  I was ready to pull the books and cancel the book signings as I laid in my self-pity wallowing.  And then, like He does, he spoke to my heart and said  “Yeah, you can have a little pride and stubbornness at times. You imposed that deadline on yourself, not me. So there’s lesson number one.  But it’s OK Kris, don’t you remember praying often ‘God keep me humble.’?? It’s never been about you being an author anyway,  it’s always been about my message reaching those who need it.”  Yes, there are going to be those who read it and say “She could use a grammar lesson”, but those who are living by sight are missing the message of faith.  So many more are going to feel something when they read this book and get the message.

I woke up Sunday morning and I had my speech for my book signing!  As I shared what I just shared with you I ended the speech with this: Our stories are often like this book. We have commas where they don’t belong; those times we slow down and pause when we should keep moving ahead boldly. Sometimes we have a run-on sentence when we were pushing ahead on our own when we should “Be Still and Know”.  And there is always going to be that chapter that had something that didn’t belong, and brings us to an abrupt halt, and to our knees.  But the good news, just like this book, our story goes on… and the underlying message is all the same!  “When my people, who are called by my name humble themselves and pray, I will hear their prayers and I will heal their land. And their Heroin addiction, and their anxiety and depression and their grief….”

I shared that at my first book signing.  There were tears, snot and Kleenex.  I took that as a good sign God moved on the hearts of those in attendance.  At that book signing was a former boss I hadn’t seen in over a year.  Like always?  He was there to support.  He was headed to a Mission Trip in Nicaragua soon.  He reached out before he went and I sent 6 books with him as he requested, to hand out in Nicaragua.  He passed away on that Mission trip and my heart was broken.  But I was thankful for that one last good memory of him.  I’ve sent books to an Indian reservation, Women’s homes, Rehabs and they’ve made their way around a couple jails.  The response has been amazing and the doors it’s opened the past two years?  Even more so.  I have been honored and blessed to be asked to speak at women’s events.  While I love speaking and sharing hope to 50 or 100 women, it’s those one on one connections I always make after that fill my soul.  The two or three ladies who stay back to talk, ask questions, who are seeking the Lord as well.  It’s those moments that are my biggest blessings.  The book lead to “Coffee with Kris” video testimonies on FB.  The biggest blessing of all?  I was able to witness a woman who read the book start coming to church again and eventually end up at the altar getting healing and deliverance because the book lead her to the One who could save her.  One small, simple step of obedience in writing the book has lead to my meeting some of the most amazing women I now call friend.  If He puts a dream in your heart?  He’ll bless the process as it comes to fruition.  All He needs you to do?  Take that first step in Faith.

There’s still more work to do!  I want to get these books out in more Rehab facilities and jail ministries.  For every book you purchase I am able to put another book out there for free for someone who can’t afford to hear the story of hope.  These books are a great tool for witnessing to or encouraging someone who is struggling.  You can order from the links below or give a donation by emailing “elliemaysgarden@gmail.com”. 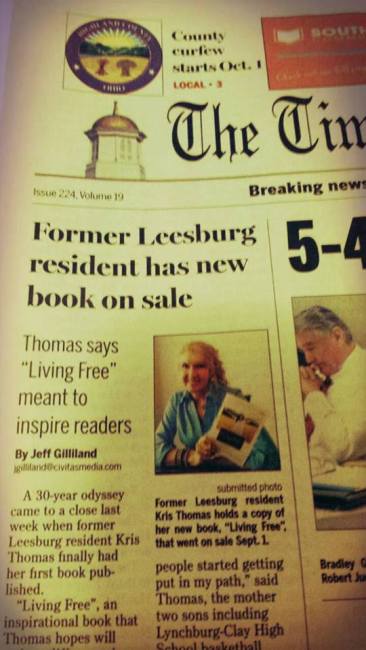 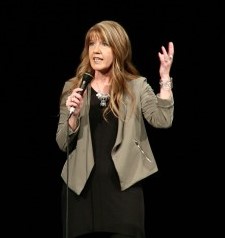 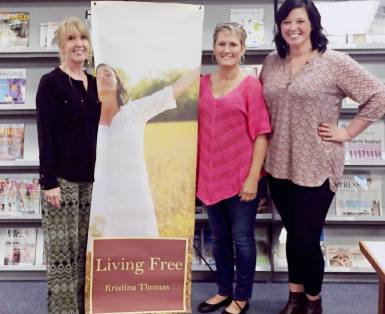 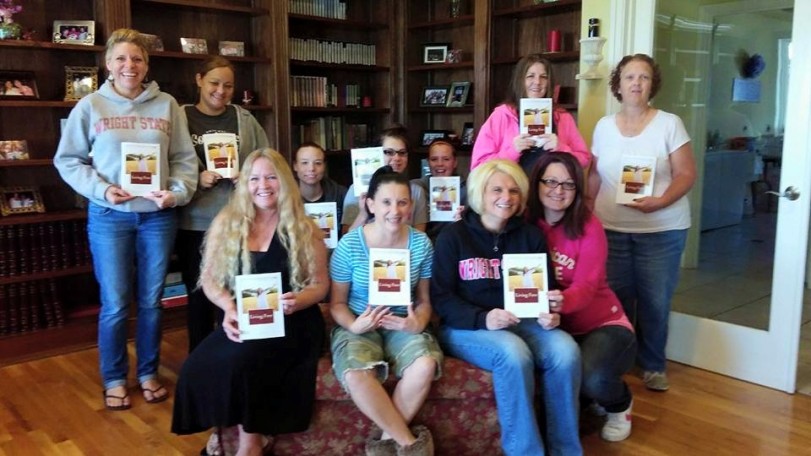 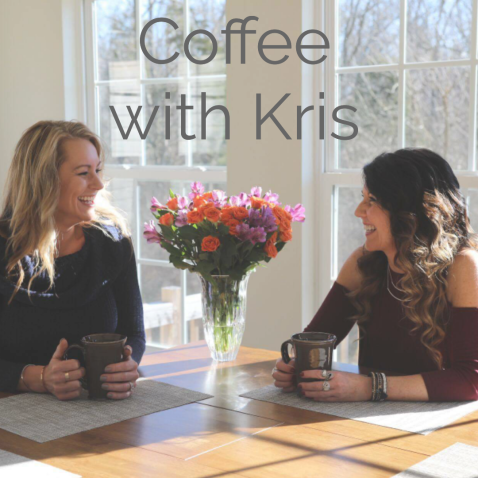