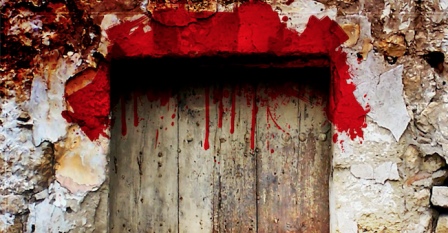 There was a little girl named Mary who was diagnosed with a rare disease.  While the family sat in the room receiving the diagnosis, the doctor explained that she had the same disease her little brother had recovered from two years earlier. And? Her only chance of recovery was a transfusion from someone who had previously conquered the disease. Since the two children had the same rare blood type, the brother was the ideal donor.

“Would you give your blood to Mary?” the doctor asked.

Johnny hesitated. His lower lip started to tremble. Then he smiled and said, “Sure, for my sister.”

The two children were wheeled into a hospital room.  Mary was pale and thin.  Johnny, robust and healthy.  Neither spoke, but when their eyes met?  Johnny smiled at her with the sweetest smile.

When the nurse inserted the needle into his arm to take the blood, Johnny’s smile faded. He watched the blood flow through the tube.

With the ordeal almost over, his voice, slightly shaking, broke the silence in the room…. “Doctor, when do I die?’

In that moment, the doctor realize why Johnny had hesitated, why his lip had shaken when he’d agreed to donate his blood.  He thought giving his blood to his sister meant giving up his life.  In that brief moment, he’d made his great decision.

Fortunately, Johnny didn’t have to give his life to save his sister.  We all have a condition even more serious than that of little Mary.  But we also have a donor, and his name is Jesus.  When he shed his life-giving blood, he gave us eternal life.

Easter was my mom’s favorite holiday.  She would spend hours stuffing hundreds of eggs that would fill a very large Rubbermaid 20 gallon tote.  Her grandchildren, friends children and grandchildren, and those on the street, would assemble in preparation for the Easter egg hunt.  But before she would take them outside to hunt for the eggs?  She would sit all the children in a circle around her on the floor and she would share the Easter story.  She would tell them how Jesus died on the cross, but rose from the dead so that we may have life.  I, along with all the other adults, listened to that story.  I had heard it every year since I was a child.  And back then?  I believed what she said.  I believed with child-like faith that Jesus died on the cross.  I believed that he rose from the dead, and that his death, would give me eternal life.  I mistakenly, thought that was faith.  Faith was believing, right?  Well, kind of.  I believed, but I didn’t understand.  Not until I was 46 years old did I really understand the true meaning of Easter.

Why did Jesus have to die on a cross and shed his blood?  I had sung hymns in church for over 20 years with words like – “There’s power in the blood”, “In the blood of the Lamb”, “Life giving power in the blood” – And yet until a few short years ago I never asked myself “What is it with the blood?!?”

In the Old Testament, before the birth of Christ, God required a blood sacrifice of animals for the forgiveness of sins.  In Exodus 29 we read about the requirement for the sacrifices to be given.  In Verse 42 it states “This shall be a continual burnt offering through your generations at the door of the tabernacle of the congregation before the Lord: where I will meet you, to speak here unto thee.”  Before Christ?  To speak to God you had to bring burnt offerings and the blood of lambs and goats to be able to enter his presence.  But there was a foreshadowing of the end of this in the Old Testament when John the Baptist saw Jesus approaching and said “Behold the Lamb of God that takes away the sin of the world.” – John 1:29

Even more foreshadowing occurs pointing to Jesus as the sacrificial lamb in the story of Abraham and Isaac in Genesis 22:1-14. Abraham took Isaac up a mountain at the instruction of God, with the intention of sacrificing him.  When Isaac asked where the sacrificial lamb was?  Abraham replied, “God will provide for himself the lamb for a burnt offering, my son” Abraham was prepared to offer his son to God, but God stopped him and supplied a ram in the thicket for sacrifice instead.  God has provided a Lamb for us, His own Son.

Remember the Passover and the blood on the doorposts?  When I really thought about that symbolism I got excited!  Those who had the blood on their doorposts?  The death angel had to “pass over” and could not kill the firstborn soon.  It’s why we “plead the blood” over our children and grandchildren.  And ironically enough? God told them to remember that day the death angel passed over in a yearly tradition.  And later? Jesus’ crucifixion?  Was during the Passover!  His blood became the ultimate sacrifice to save u from our sins.

Jesus fulfilled the Old Testament sacrificial system. He became the final blood offering for our sins.  Jesus being the Lamb of God also refers to other prophecies regarding the Messiah. For example, Isaiah 53:7 says, “He was oppressed, and he was afflicted, yet he opened not his mouth; like a lamb that is led to the slaughter, and like a sheep that before its shearers is silent, so he opened not his mouth.”

“And they overcame Him by the blood of the Lamb, and by the word of their testimony; and they loved not their lives unto the death.” – Revelation 12:11.  That is the last reference in the Bible to the shed blood of the Lord Jesus Christ; here it is the overcoming blood, enabling believers to withstand the deceptions and accusations of Satan in the last days.

There are at least 43 references to the blood of Christ in the New Testament, all testifying to its great importance in the salvation and daily life of the believer. Judas the betrayer spoke of it as “innocent blood in Matthew 27:4 and Peter called it “the precious blood of Christ, as of a lamb without blemish and without spot” in 1 Peter 1:9. It is the cleansing blood in 1 John 1:7 and the washing blood in Revelation. 1:5, all passages stressing that it removes the guilt of our sins.

And now?  We no longer have to take burnt offerings and sacrifices through the high priests to be in the presence of God.  We have an advocate, Jesus, who is our high priest and goes before us giving us full access to God.

When we accept Jesus Christ into our hearts it takes the darkness of sin and covers it in the blood.  (Yes, there’s power in the blood!) We are transformed.  The old is passed away and ALL things become new.  We leave our past; our sin, guilt and shame, and we can walk boldly into the presence of God white as snow, as though we had never sinned.

If you are reading this and thinking “Yes, but she doesn’t know about me.  She doesn’t know the things I have done.  I have lied, killed, cheated, and destroyed.  I’ve done so much wrong it can never be made right.”  That is a lie from the accuser himself.  Jesus didn’t put a caveat on his sacrifice.  He died for ALL sins.  Every single one.   The thief that hung on the cross beside him?  He chose to believe and Jesus said “today you will be with me in glory”.

If you haven’t asked Jesus into your heart?  There’s no better way to celebrate the true meaning of Easter.  There truly is power in the blood.  Let Him be your Universal Donor.  His blood type covers each and every one of our sins.  Sins that are killing us.  Be set free.  Be made new.  Choose life!